Our Portfolio Managers and Financial Planners bring a depth and breadth of experience in managing client portfolios, researching securities and working with clients. Click on a name below to learn more. 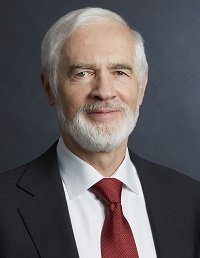 David formed Eagle Ridge in 2008 and is a Partner and Portfolio Manager. David brought his passion for security analysis and client focus to Eagle Ridge.

Prior to founding Eagle Ridge, David was a Principal and Senior Vice President of Cramer Rosenthal McGlynn, LLC (CRM) where he was a co-manager for the CRM Large Cap Opportunity Fund and responsible for investments for high net worth individuals. Earlier in his career, David was Managing Director and head of Personal Investments in New York for U. S. Trust Company.

David received his B.A. from Brown University and earned an MBA from New York University. David holds the Chartered Financial Analyst designation and is a member of the CFA Society of New York. He is also a member of the Board of Trustees of The Heckscher Foundation For Children.

When not at work, David enjoys spending time with his wife, two daughters, and three grandchildren. David and his wife also take great pleasure in traveling abroad.

< Back to Our People

Reach out to set up your
introductory call.